History is fraught with resistance to change when it comes to accepting new ideas. These misconceptions generally stem from a lack of knowledge or misguided perceptions about the underlying effects of a change. As a result, they may distort public belief, instilling fear. Perhaps the biggest example of this fear can be seen when we discuss cannabis, a plant with a rich agricultural history, which sadly became notorious as a gateway drug for the youth. However, new knowledge about the plant and its derivative products has shed light on its multitude of benefits, reminding us of why it was a worthy cash crop.

Here we discuss the future of the cannabis market, given that legislation surrounding it loosens and its increasing popularity in the medical, industrial, and recreation fields. However, before we move on, we need to shed light on why it has had such a tumultuous past.

The importance of cannabis, particularly hemp, can be seen when the early colonies brought it with them as an essential raw material. Unlike most strains of cannabis, hemp contains minute amounts of THC, not enough to give you a high. Therefore, this strain of cannabis sativa was largely used for its fibers to make textiles like ropes, sails, and clothing. Domestic hemp production flourished until the Civil War.

In the mid to late 19th century, after the civil war, cotton had replaced the ubiquity of hemp as the primary resource for making textiles; however, other strains of the plant had found a different market. Cannabis Indica, containing a higher concentration of THC, available over the counter as a drug to treat spams, cramps, and pains. Plus, it was also advertised for its therapeutic effects. This also increased its recreational use, particularly in the elite New York Society.

Cannabis’ recreational use gained mass popularity with the advent of the Mexican revolution. The sudden wave of immigrants brought the drug and the habit with them. Plus, the prohibition made it a lucrative alternative to alcohol.

The great depression brought with itself an increased rate of unemployment and resentment among the population. Owing to its use in lower to middle-class communities, it became mistakenly linked with crime and violence. Ultimately, the Marijuana Tax Act was passed in 1937, prohibiting the use of cannabis and its derivatives and placing a tax over its possession for industrial and medicinal use. Over the course of the next few decades, legislation surrounding cannabis became stricter, introducing higher degrees of punishment and sentencing with the Boggs and Narcotics Control Act.

Cannabis was still prominently used by black communities; however, the merging of the two during the civil rights era, the beatnik community, and the hipster community largely contributed towards its popularity. This subculture brought the popular drug to white middle-class America, which in turn, affected its political view as well. As a result, leniency in the possession came forward after it was recognized as a substance that doesn’t introduce violent tendencies or is a gateway to other substances.

The War on Drugs

A precursor to the war on drugs was the emergence of parent-led groups fighting for the criminalization and control of cannabis and its derivatives. It garnered support from the DEA and NIDA to push towards the Anti-Drug Abuse Act, which again placed harsher penalties for the possession of cannabis and distribution.

Since 2012, many states, initially Colorado and Washington, have started legalizing the use of cannabis and its products completely or decriminalized it to some extent for medicinal purposes. Hemp, on the other hand, has attained a completely legal status on a federal level, under the 2018 US farm Bill.

How does this Affect the Future of the Cannabis Market?

The steps towards decriminalization and legalization of cannabis will result in a larger market exposure for investors looking to provide cannabis products. The market is currently fresh and untapped as its past criminalization has left the industry in dormancy. As a result, a large number of investors are eyeing the returns they’ll gain from establishing businesses that churn out cannabis products pertaining to its medical, industrial, and recreational use. Common market niches one can look forward to are:

An influx of cannabis products in the market will directly result in companies dispensing more stocks for liquidity and investment purposes. Hence, more investors are expected to purchase stocks and commodities in these companies, which in turn will lead to a higher market cap. Currently, the market stands at around $20 billion in the US alone and is expected to rise about $100 billion by the end of 2026, with an annual growth rate of about 20%. As of now, the global market cap is set at around $60 billion, but it is uncertain where it’ll be by 2026. However, it can be claimed with certainty that it will outgrow the US, owing to the lax perspective of the European Union on the matter of decriminalizing cannabis.

This presents an opportunity to further research and development surrounding cannabis to synthesize breeds that have the desired output. For example, research and experimentation on cannabis Sativa’s variants can increase the yield and quality of hemp and hemp products, leading to sustainable fabrics, potent pain killers, protein substitutes, and environmentally friendly fuels. The sustainability aspect has the added advantage of targeting the conscious consumer.

With a rise in better techniques and tools for harvesting and processing cannabis, it is expected that a more inexpensive source of raw materials will flood the market. This is an attractive element for companies who want to penetrate other markets for providing cost-effective solutions while maintaining profits.

To add to this point, currently, a large portion of cannabis and its products are smuggled across state lines. As a result, they have a higher markup for consumers compared to states where it is legal. When decriminalized, previously smuggled cannabis has to be sold at lower costs in order to compete with new market contenders.

With the loosening of regulations surrounding cannabis and its derived products, one can expect the public to take it up with open arms. Currently, 22% of Americans aged 18-25 use cannabis at least once a month, and 12% consider themselves as regular users. This number is expected to increase as more individuals in the Gen Z and Millennial demographics start adopting it owing to its cultural aspect.

Additionally, it presents a lucrative opportunity for states as well. The sale and purchase of cannabis-derived products aim to boost the state’s revenue in the form of taxes collected via sale. Not wanting to miss out on the gains, more states are expected to consider legalizing or releasing their control over it.

At its heart, cannabis is a cash crop, meaning that its cultivation results in value for the farmer; however, it sustains other industries as well. For example, the fertilizer industry has the most to gain from increased cannabis cultivation, being that it’s an essential part of the growing process. Next comes the agricultural industry. Given that the ban on cannabis cultivation has prevented it from attaining modernized farming practices like those of maize, vegetables, and wheat, technology will need to be developed for speeding up the growing, quality control, and harvest times.

Why You Need to Start Growing Now?

If you plan on investing in the cannabis business, you need to start now. There are a number of reasons why it may be the case.

Now that the market is open to most cultivators in the US, many are considering planting their own crops. However, its cultivation requires a temperate climate, meaning that you’ll have trouble securing arable areas. With a large number of cultivators aiming to secure land, desirable ones with the right climate and soil fertility may become costly to secure. You may then have to rely on other means like Hydroponics to start your operations. But, as you can imagine, this will cost you a hefty cost for establishing and maintaining your operations.

In contrast, it may happen that an established business already exists in a certain state that largely controls the market. In this scenario, it may become challenging to penetrate this market for a higher share. You may consider selling your products across state lines; however, the logistical costs and taxation may eat into your profits.

Given the uncertain historical stance of policymakers on cannabis, you never know what kind of legislative requirements come up from their end. This process usually takes time to implement, and as of now, it doesn’t seem like it’ll budge. However, there is still a slight possibility that additional requirements, such as capping farm sizes, spring up as cannabis becomes more common and its effects become more apparent. Now would be the right time to start your cannabis business; otherwise, you may see all your efforts towards it go down the drain.

Cannabis is still and is likely to remain a controlled substance due to the fact that it can be consumed. As a result, the FDA will always keep a watchful eye on the sale and distribution of cannabis and its derivative products. Very little is known in terms of why cannabis works the way it does and why it treats some ailments. As new information regarding the effects of cannabis consumption comes to light, we can expect a stricter hold over it by the FDA.

An increase in the production of cannabis will increase the market’s need for fertilizer; however, those produced on a mass scale, like NPK, Urea, Potassium Phosphate, and Potassium Nitrate, will need time to acclimatize to the markets demand. Hence, the market will see a rise in fertilizer prices and a reduction in availability. You may then need to import it from other countries, increasing your cost or decreasing your margin.

The future of the Cannabis market seems to be headed in a favorable direction for investors looking to cash in from its cultivation, processing, or financial derivatives. What’s only left to be known is the attitude of future governments towards its legal nature. If you think that it is a favorable and worthy investment for you, then, by all means, go for it. However, you need to conduct your own research, considering the feasibility of your operations. Have clear goals as to why you want to cultivate cannabis and try to outline any potential pitfalls that may hinder your objectives. It will help you gain an understanding of the industry and bolster your case when pitching to investors. 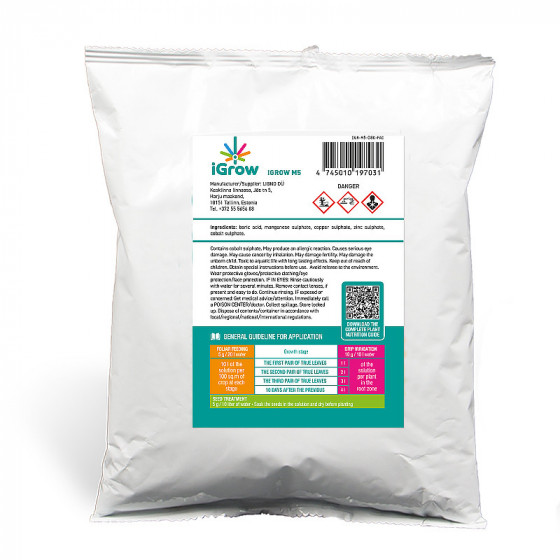 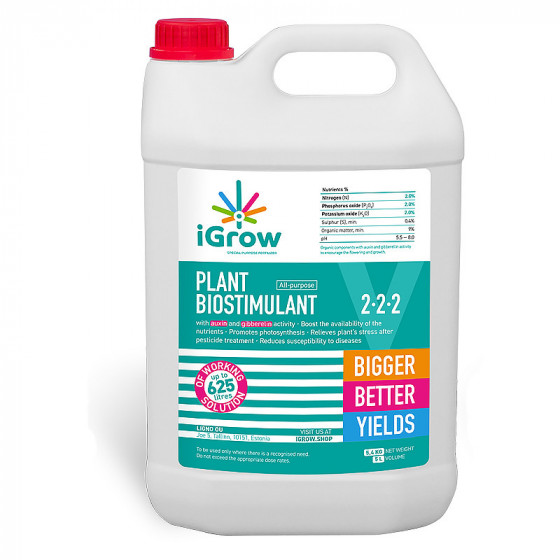 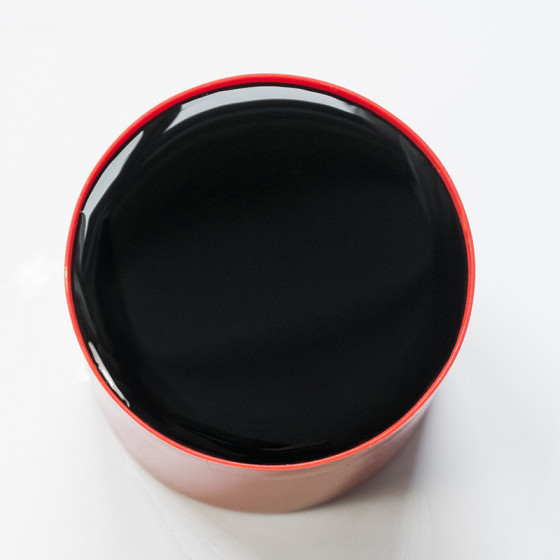 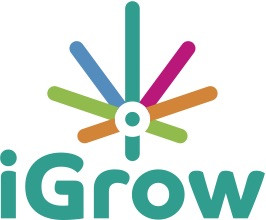